Prime Minister of India Narendra Modi: Narendra Modi’s journey began in the by-lanes of Vadnagar, a small and nondescript town in North Gujarat’s Mehsana district. Born on 17th September 1950, 3 years after India attained freedom and within months of India becoming a Republic, Narendra Modi was the third of the sixth children of Damodardas Modi and Hiraba Modi. Vadnagar is a town that is steeped in history. Archeological excavations suggest this was a vibrant centre of learning and spirituality. The Chinese traveller Hiuen Tsang visited Vadnagar. Vadnagar also has a rich Buddhist history with as many as 10,000 Buddhist monks inhabiting the town centuries ago.

Narendra Modi’s early years were far from what a fairy tale upbringing is like. The family belonged to the marginalized sections of society and had to struggle to make ends meet. The entire family lived in a small single storey house (approximately 40 feet by 12 feet). His father sold tea at the tea stall he set up in the local railway station. In his early years, Narendra Modi too lent a hand to his father at the tea stall.

These formative years left a strong imprint on Narendra Modi. As a child, Narendra Modi balanced his studies, non-academic life and his contribution at the family tea stall. His schoolmates recall Narendra as a diligent student with a penchant for debating and reading. He would spend hours and hours reading in the school library. Among the sports, he was very fond of swimming. Narendra Modi had a wide range of friends from all the communities. As a child he often celebrated both Hindu and Muslim festivals considering the large number of Muslim friends he had in the neighbourhood.

Yet, his thoughts, and dreams went way beyond a conventional life that began in the classroom and ended in the environs of an office. He wanted to go out there and make a difference to society…to wipe tears and suffering among people. At a young age he developed an inclination towards renunciation and asceticism. He gave up eating salt, chilies, oil and jaggery. Reading the works of Swami Vivekananda cover to cover took Narendra Modi to a journey of spiritualism and laid the foundation for his own mission to fulfill Swami Vivekananda’s dream of a Jagad Guru Bharat.

If there is one word that characterized Narendra Modi’s childhood and stayed with him for the rest of his life, it is service. When floods wrecked havoc in the Tapi River, 9 year old he and his friends started a food stall and donated the proceeds for relief work. When the war with Pakistan was at its peak he set out on the railway station and served tea to the Jawans who were going and coming from the border. This was a small step but it displayed his firm resolve to answer the call of Mother India, even at a remarkably young age.

As a child Narendra Modi had one dream- to serve in the Indian Army. For many youngsters of his time, the Army was seen as the ultimate means of serving Mother India. As luck would have it, his family was dead opposed to the idea. Narendra Modi was very keen to study in Sainik School located in nearby Jamnagar but when the time came to pay the fees, there was no money at home. Surely, Narendra was disappointed. But, fate had different plans for this young boy who was disappointed on not being able to wear the uniform of a Jawan. Over the years he embarked on a unique path that took him across India in pursuit of the larger mission to serve humanity. 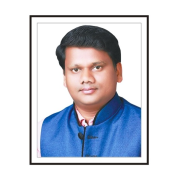