One of the most successful web series in Hindi. The first episode of this series launched on Disney+ Hotstar on August 26. After that, each episode will be released on Friday of each week. The star of this series is acting powerhouse Pankaj Tripathi. The audience enjoyed its first two seasons a lot.

This webseries is ideal for you if you enjoy suspenseful, occult stories. Dahan: Rakhon Ka Mystery, which debuted on Disney Hotstar, immerses you in a setting where you can watch events unfold in silence. The main character in this web series is played by Tisca Chopra.

This third season of teen drama series ‘College Romance’ has been released on OTT platform Sony Liv on 16 September. Its earlier two seasons were released in 2018 and 2020.

On August 26, Season 2 of the web series “Delhi Crime” was availed on Netflix. One of the most well-liked Indian web series is Delhi Crime. This web series’ first season, which was very well received, was based on the Nirbhaya rape case in Delhi. Shefali Shah plays the lead role once again, just like the previous time.

‘The Lord of the Rings: The Rings of Power’, touted as Prime Video’s most expensive series, released on September 1. As soon as the web series is streamed, it has created panic among the audience. Web Series J.R.R. Tolkien’s The Hobbit and The Lord of the Rings is on the book 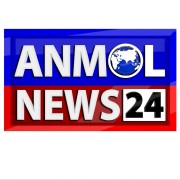